A History of Hair Extensions: The Origins of a Popular Beauty Accessory

Hair Toppers for Women: Should I Get a Top Piece? 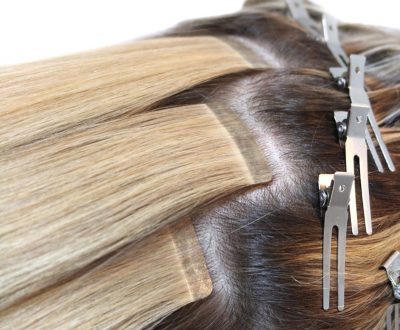 Hair extensions never seem to leave the limelight these days. They are worn by the world’s most popular celebrities. High School Musical star Vanessa Hudgens wore long black locks that weren’t all hers. Jennifer Lopez often enhances her on-stage look with hair extensions. Beyoncé, Jennifer Aniston, Selena Gomez, Katy Perry, Lady Gaga, and many others have all boosted their style with extra strands. So where did this beauty trend begin? You may be surprised to learn that hair extensions are not a modern invention.

The Hair Weaves of Ancient Egypt

The concept behind extensions has been around for thousands of years, even as far back as the time of Cleopatra. Researchers uncovered the bodies of ancient Egyptians from 3400 B.C. that were wearing weaves. Some used real human hair while others used sheep’s wool. The extension was sewed into place then fortified with natural plant, tree, and beeswax.

The body of a woman who was laid to rest with 70 long hair extensions was recently discovered. She lived over 3,300 years ago in a city that was newly built during her time. Archaeologist Jolanda Bos described the look in an article she penned for the Journal of Egyptian Archaeology as “a very complex coiffure with approximately 70 extensions fastened in different layers and heights on the head.”

We don’t yet know if the woman wore her hair like this during her lifetime or if it was styled for burial after her death. Bos tends to lean toward the latter. “The hair was most likely styled after death before a person was buried. It is also likely, however, that these hairstyles were used in everyday life as well and that the people in Amarna used hair extensions in their daily life.”

Madame de Pompadour, also known as Jeanne Antoinette Poisson, was a member of the French Court. She was Louis XV’s official chief mistress and a court favorite during her lifetime. She also left the fashion world with a very distinctive look: the pompadour.

This style is easy to recognize and has been worn by men and women. The hair is swept in an upwards direction away from the face and worn over the forehead to create a high wave. The sides and back may also be upswept. The pompadour became fashionable during the 18th century and was revived during the 1890s. To enhance their pompadour, some women began adding hair extensions to bolster its fullness and height.

The Modern History of Hair Extensions

Despite historical accounts, some credit Simon Forbes with the invention of the hair extension. Owner of London’s Antenna Salon W8, Forbes introduced his modern extensions in 1981.

He often incorporated colorful strands and was best known for giving Boy George (George O’Dowd) his trademark look. His extensions have been worn by many famous figures including Princess Stephanie of Monaco, Tracey Ullman, Carly Simon, Annie Lennox, and Cher.

Forbes created a method of applying hair extensions that used melted wax to keep the strands in place. This drew new interest from Caucasian markets as well as many others. That interest is still going strong, especially as new generations of celebrities make appearances wearing extensions.

Today, we have access to a wide variety of hair extensions. Multiple brands offer different styles, colors, lengths, and application methods. From Balmain and Great Lengths to Quikkies, Hairdreams, and Klix, there are many options available. To learn more about the best hair extensions for your head, contact Tiffany Taylor and schedule an appointment.