What Are the Best Hair Extensions for Summer?

A History of Hair Extensions: The Origins of a Popular Beauty Accessory 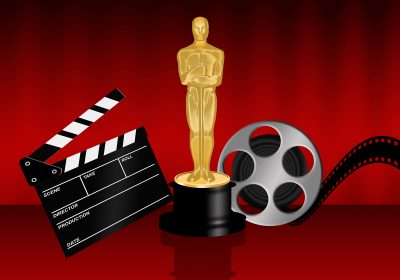 This year’s Oscars boasted an impressive list of attendees, including the return of host Jimmy Kimmel. Guillermo Del Toro’s The Shape of Water claimed Best Picture while Gary Oldman won Best Actor in a Leading Role for his portrayal of Winston Churchill in Darkest Hour. There were many other names and films worthy of mention, but what made the event spectacular was the celebrity fashion and hairstyles.

Beautiful Blush at the Oscars

Beautiful blush made appearances at this year’s Oscars. Danai Gurira, who played Okoye in Black Panther (2018), was photographed in a Gabriela Hearst dress featuring this delicate shade. Gurira is also well-known as Michonne in the hugely-popular television series The Walking Dead. She paid homage to the role with a precision cut and painted African tribal design.

She wasn’t the only one turning heads in soft tones. Saoirse Ronan, who was nominated for Best Performance by an Actress in a Leading Role for her work in Lady Bird (2017), wore a Calvin Klein gown in blush. Her look recalled memories of Gwenyth Paltrow at the 1999 Oscars. Other notable blush wearers included Gina Rodriguez in Zuhair Murad, Allison Williams in Armani Privé, and Elisabeth Moss in Dior Haute Couture.

White Makes a Statement in 2018

Jane Fonda appeared on the red carpet in a look that reminds us of her 1993 Oscar dress. The white floor-length gown was truly a sight to behold from Olivier Routeing’s 44 Francois Premier collection. Her locks were short and swept back, allowing audiences to get a full view of her ensemble’s dramatic shoulders and neckline. She accessorized with Ferragamo shoes, Perrin Parris bag, and Chopard jewelry.

Australian actress and producer Margot Robbie was breathtaking in a custom white Chanel Haute Couture gown featuring beaded straps, arms, and bodice. Her blonde locks were cut chin-length. Celebrity stylist Bryce Scarlett commented that “Her dress was extremely feminine and elegant, and we wanted to take the length of her hair up to make sure that it felt very classic and modern to go with her gorgeous dress.”

Metallic and Black Dazzles in 2018

Black Panther’s Lupita Nyong’o arrived at the 2018 Oscars clad in a dazzling Atelier Versace gown and hair inspired by traditional Rwandan culture. Amasunzu hairstyles were cut and fashioned into crescents as a symbol of marriageability that was worn by men and women. Nyong’o’s stylist Vernon Francois added a unique twist by weaving braided segments around a gold thread to go with her gilded dress. Her flawless complexion, blue eyeshadow, and a Versace clutch handbag finished the outfit.

Jennifer Lawrence showed up in a sparkling Dior gown with layers of texture. Stylists Jordan Johnson and Jill Lincoln added her brick red matte lip color and smoky eye to go with the drama of dark metallic tones.

Sandra Bullock brought her own shine to the awards with a breathtaking halter neck dress in shimmering black and gold. She wore her brunette locks straight, for a smooth and sleek profile that was picture perfect.

The ladies looked amazing, but the guys held their own with unique styles that pushed men’s fashion in new directions. Nominee for Actor in a Leading Role Timothée Chalamet wore an all-white Berluti suit with matching bow tie and black shoes. Oscar winner Jordan Peele took a similar approach in a white Calvin Klein ensemble with black tux pants and satin bow tie.

Hair Accessories at the Oscars

Tiffany Haddish appeared in a gorgeous up-do crowned in lengths of gold with a heart-shaped focal point. The exquisite design was added as an homage to her late father and inspired by the traditional attire of Eritrea, a country in northeast Africa.

The 2018 Oscars were a big win for Hollywood and the beauty and fashion industries. From short and sweet to long and wavy, the styles were as diverse as the films and actors honored at the ceremony.

Would you like to have hair that would make Hollywood jealous?  Contact Tiffany Taylor today for a consultation!