Should I Get a Top Piece or a Wig?: Choosing the Best Hair Piece for You 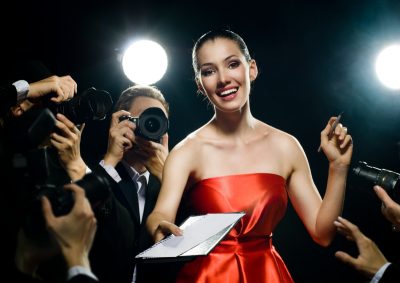 Photographers are taking a picture of a film star

This year brings us a long list of memorable movies and music. Rami Malek brought beloved British rock icon Freddy Mercury back to life in Bohemian Rhapsody, earning an award for Best Actor at the Oscars. American actor and rapper Childish Gambino (Donald Glover) won Song of the Year at the Grammys for his thought-provoking hit This Is America. The Oscar and Grammy award winner list goes on. Along with their contributions to the entertainment industry, these creative individuals also show us who they are through their personal style.

2019 Oscar Winners Worthy of Another Look

The Academy Awards, better known as the Oscars, are an opportunity to honor hardworking people in the film industry. It also gives us a chance to check out some inspiring fashion and hair. Who stood out during this year’s event?

Lisa Bonet showed up with her heartthrob husband Jason Momoa at this year’s Oscars. While most choose to play it safe with tried-and-true styles, Bonet broke tradition with a distinctively cool look. Her dreadlocks were pulled up into a casual updo. Her gown featured lovely layers in pink tones with dainty flowers and spectacular earrings. Bonet and Momoa’s ensembles were donned as a tribute to late German fashion designer Karl Lagerfield, whom the world lost just days before.

Actress Constance Wu brightened up the event with a gorgeous canary yellow tulle dress. The off-the-shoulder design added elegance along with dangle earrings. Her hair was pulled back in a ponytail, the perfect choice for such a playful design. Despite rumors of her film Crazy Rich Asians being snubbed by the Academy, Wu still brought her A-game with a cheerful twirl and infectious smile.

Jennifer Lopez went all out at this year’s Oscars with a Tom Ford dress that is impossible not to notice. The long-sleeved ensemble was covered in tiny mirrors. It was a combination of ridiculous and sexy with a tall neckline and body-hugging curves. Her hair was parted on the side and straight with a touch of curl at the end. The smooth, stunning ‘do worked exceptionally well with her glamorous gown. She also wore a dark smoky eye, contoured cheeks, and nude lips.

Laura Harrier put thought into her 2019 Oscar look. After appearing in Spike Lee’s BlacKkKlansman, she showed up at the awards ceremony in a Louis Vuitton designed, custom-made gown. The garment was covered in glass beads and shimmering Swarovski crystals that meet OEKO-TEX environmental design standards. Makeup artist Hung Vanngo matched her eyeshadow with the pale blue of her beautiful dress. Harrier, along with fellow actress Suzy Amis Cameron, joined the Red Carpet Green Dress initiative – a movement that enlists A-list celebs to promote eco-friendly fashion.

Eye-Catching Style at the 2019 Grammys

The Grammy Awards are all about music, but it was also a big event for beauty and fashion. Did you glimpse these trendsetters at this year’s ceremony?

Lady Gaga celebrated her rock and roll side with a dazzling silver dress. Her makeup artist Sarah Tanno went with a smudged smoky eye to create a “lived in” look, as though she had put it on yesterday. She complimented the ensemble with Sugar Sugar lip gloss stick and a Marc Jacobs eyeshadow palette in Steel(etto).

Her locks stayed loose with textured waves that were inspired by the singer’s character in A Star Is Born. It was a simplistic look compared to Lady Gaga’s usual outrageous style, which got even better with added glitter eyeliner and a sparkling gemstone-covered catsuit during her performance at the awards show.

Singer, rapper, and songwriter Cardi B won Best Rap Album for Invasion of Privacy. She looked stunning during her acceptance speech, giving a shout out to her daughter, Kulture. There was no mistaking her style, which reintroduced a classic in a new way.

The rapper wore a vintage Mugler gown that hails from the designer’s 1995 couture. Amid gentle pink ruffles and evening gloves were layers of shining pearls. They didn’t stop at her neck. Strands formed a beehive that rose from atop her flawlessly styled locks. Her makeup artist, Erika La’Pearl, finished the look with a gorgeous magenta smoky eye.

Miley Cyrus visited Beverly Hills-based Biba de Sousa for a diamond peel microdermabrasion, firming microcurrent, and red-light therapy to prep her face before getting into the makeup chair. Once there, she went with a low-key look in a dark suit. Her peach lips and numerous earrings were complimented by mermaid waves that hung low over one shoulder. In true Miley style, she also wore a pair of flashy monogrammed high-heels in black with gold initials, repping her maiden name with a “C” instead of her married “H.”

Janelle Monáe stopped the show with a memorable ensemble that was unlike anything else at the Grammys this year. The neckline was deep cut with towering shoulders that angled sharply. The dress wasn’t the only thing worth a second look. Her smooth braid was topped in an avant-garde hat that included a gold sheath of tiny safety pins. The brim tilted, sitting at a diagonal across her forehead. She detailed the look with mismatched earrings and plum velvet heels.

Awards shows are a great place to find inspiration for your look. A stunning style starts with the right hairdo. Contact Tiffany Taylor today to book a hair consultation.