What Are Hand Tied Extensions?

How to Protect Your Hair From Heat Styling Damage 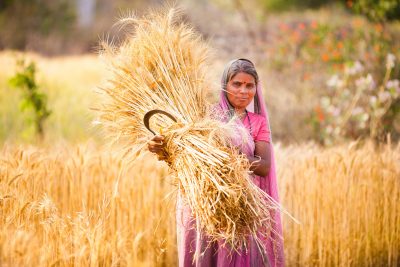 Hair extensions are worn around the world. Every day, women use this popular beauty tool to enhance their look. We often admire the results without considering where a product came from. In this fast-paced modern life, it’s important to stop and take a moment to understand how we are spending our money and who benefits from it. Hair extensions aren’t usually considered a controversial topic, but there is a dark side to this part of the beauty industry.

The Dark Side of Hair Extensions

Hair is a part of our identity as individuals. This is especially true for women who receive high praise or biting criticism for their styling choices. It’s easy to see when you look at famous women in the news. Rumors of Miley Cyrus losing control spread, in part, due to her drastic style change to a platinum blonde crop cut in 2012. Many still talk about when Britney Spears shaved her head in 2007 during a difficult time in her life.

While these may seem like extreme cases, it highlights society’s focus on hair as a symbol of our personalities, mental health, and life choices. In many parts of the world, long hair is considered a sign of beauty. It also turns women in impoverished regions into targets for unscrupulous dealers.

Small villages throughout India, China, and Eastern Europe are often used as a source for real human hair. Small payments are offered in exchange for useable strands. This isn’t a personal style choice in these situations. It’s done out of necessity.

“It’s not hard to understand why people in Ukraine sell their hair a hundred times more often than people in Sweden,” explained Kiev-based importer David Elman. He told the New York Times that “They are not doing it for fun. Usually, only people who have temporary financial difficulties in depressed regions sell their hair.”

In Andhra Pradesh, India, more than 18 million followers return to the Venkateshwara Temple annually. Approximately 12,000 pilgrims do more than just pay respects each day. They donate their hair to the temple. The offerings are gathered then sold to beauty markets around the world. The revenue is used to fund the local community. The hair is given willingly and turned into something that is beneficial for the area.

However, some dealers want to bypass the temple and find cheaper, easier sources elsewhere. A 2006 article published by The Observer revealed that some husbands forced their wives to sell their hair for less than $10.

Women in a slum on the outskirts of Chennai willingly gathered to sell their hair. They are given hairpins and clasps while children receive small toys. However, it doesn’t always work out this way.

A 19-year-old named Uma described being “held down by a gang of men who hacked at my hair.” She stated that she isn’t the only one to be attacked. Others have been physically forced or even blackmailed into shaving their heads.

“There is a lot of money to be made from hair not just from temples but from villages like ours. The police don’t care. They will do nothing to protect women.”

The Tamil Nadu Minister of State for Textiles and Commerce EVKS Elangovan puts the problem into perspective: “Temple hair, or rather the idea of it, has become fashionable in the West but you must remember that Tirupati and all the Indian templates together contribute about 20 out of every 100 locks of premium hair sold abroad in an extremely fast-growing market.”

“Where the rest comes from, we have no idea.” EVKS Elangovan discussed fears of women being exploited in the Indian hair trade.

Human hair markets expanded throughout India in the 1960s. Sales plummeted when synthetic products were introduced to the industry. However, after complaints about allergies and other problems with synthetic materials, the market is again on the rise. There is a focus on gathering hair from slums and villages where it is less likely to have been treated with dyes and chemicals.

There are also issues regarding how hair is handled and processed before it is shipped off to the western world. In New Dehli, officials closed hair processing facilities in Jwalapuri after evidence was uncovered that linked toxins from burning waste hair to an increase in severe asthma and skin allergies in school-aged children.

What Is Ethically Sourced Hair?

That sounds like a lot of bad in a beauty industry that’s booming. The good news is that not all hair extension makers are unethical. As awareness of this problem spreads, the push for ethical sources will increase. People and businesses who do the right thing exist, and they are the ones who should be getting your money.

So, what exactly is ethically sourced hair? The term describes hair that has been donated by one person who has given consent and was paid a fair price for the donation. The collection methods used respect the donor and their health and financial wellbeing.

How Do I Find Ethically Sourced Hair Extensions?

The problems surrounding the hair trade isn’t a new one. Thousands of years ago, wealthy women in Ancient Egypt would wear the hair of their slaves as a symbol of their status. While practices have changed, there are still concerns as some insiders refuse to disclose their sources.

The key is buying from companies who are transparent about their practices and encourage ethics in the beauty industry. For example, Great Lengths is a popular brand that sources fairly.

Information is power, especially when it comes to spending. Research the hair extension brands you want to use before giving them your money. You can also talk to a professional stylist to better understand what ethical beauty products are and where you can get them. Contact Tiffany Taylor now to learn more about being conscientious when buying and applying hair extensions.